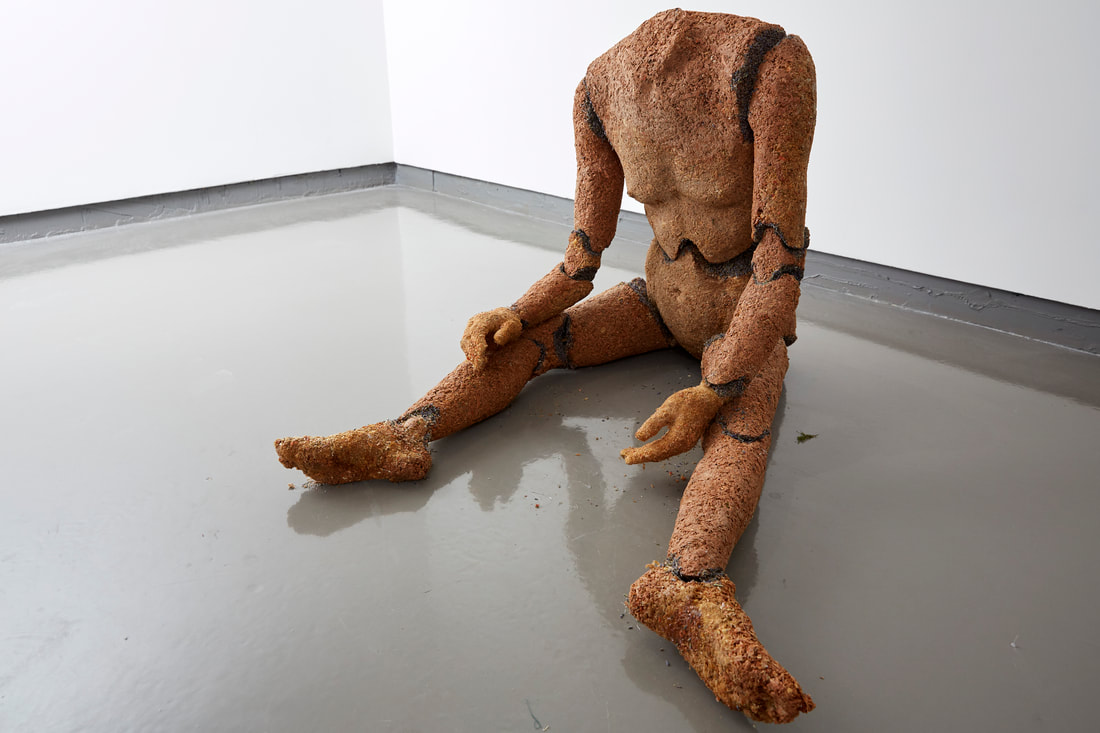 The Enervated Foilness of Daphne shows an exhausted figure sitting on the ground. She is based on the myth of Daphne and Apollo. The story goes that Daphne, ruthlessly being chased by Apollo, asks the gods for help in refusing Apollo’s sexual advances. The gods turn Daphne into a tree, concealing her from her predator. Finally, she is able to rest. Most sculptures that portray Daphne show her reaching skyward, beseeching the gods for help; her arms are depicted mid-transformation, turning into branches; her feet change to tree roots. I wanted my version of Daphne to express the exhaustion she felt after running for so long. I referenced trees by using sawdust to cover the figure’s surface. Additionally, I used lavender, which has a curiously contradictory double-meaning: in some stories, lavender is used to attract men in and increase their passion, but in other stories, young girls carry lavender to ward off unwanted advances and evil spirits.
Including lavender in the Daphne figure’s joints therefore also carries a double meaning: it could either be adding an extra layer of protection or it could be causing the figure’s torment. 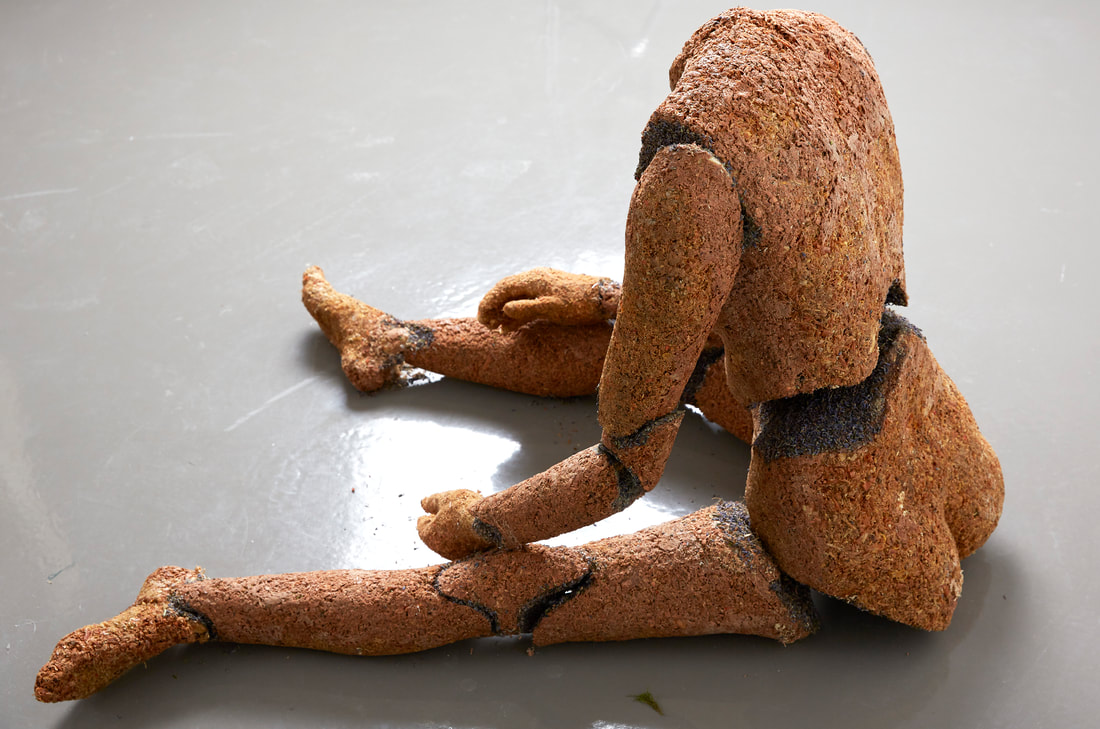 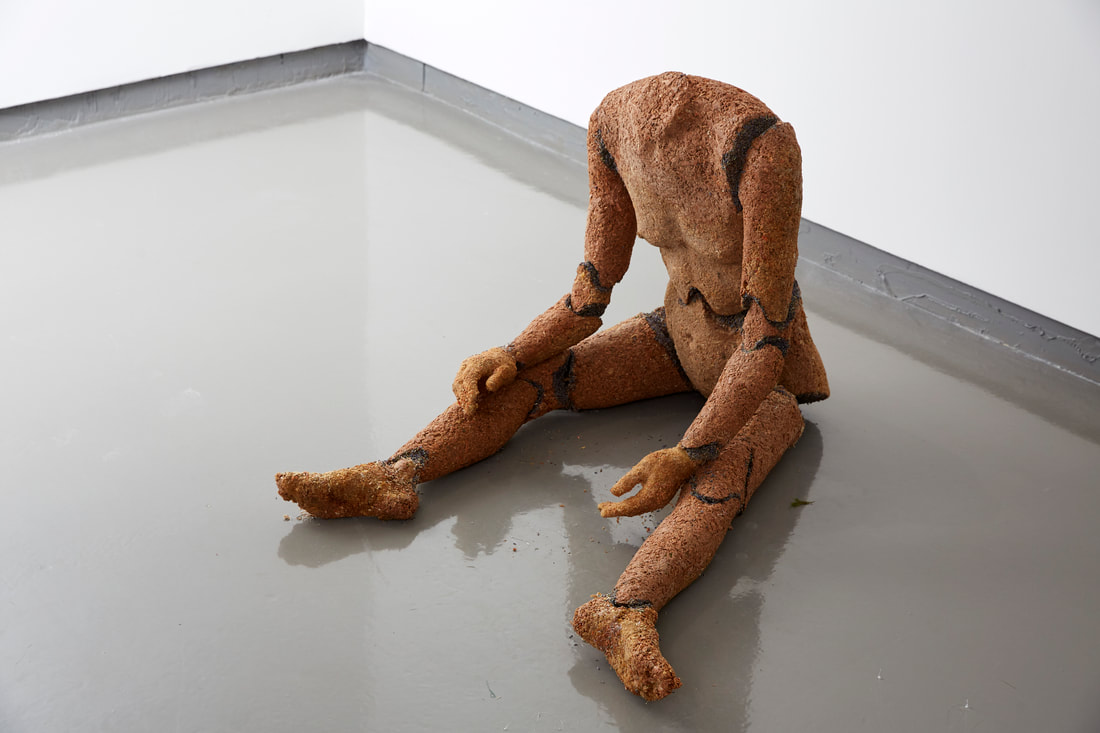