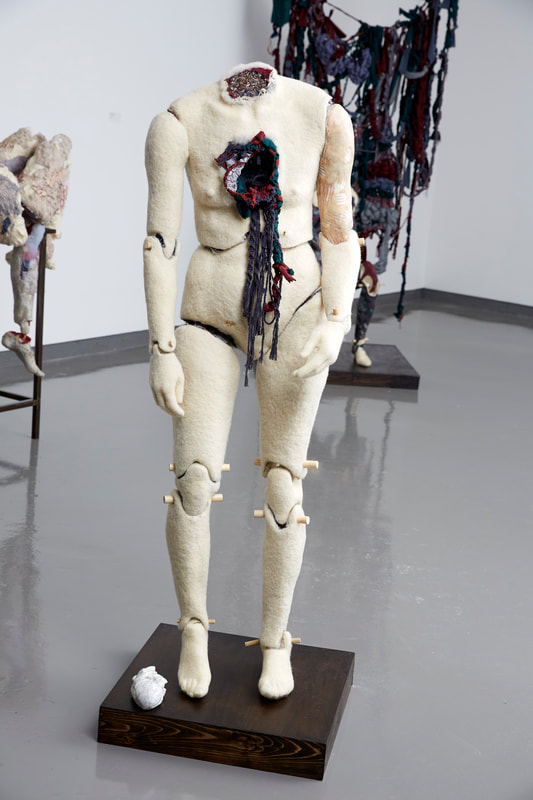 Twoness, is a life-size needle-felted version of myself. Again, using the puppet joints, I have arranged the figure to mimic the pose of the goddess of love in Sandro Botticelli’s The Birth of Venus, who emerges from the foam of the Cyprus Sea. Like the goddess in Botticelli’s image, the figure is soft and pure. Her chest cavity (heart chakra) is highlighted, hollowed out, and filled with more heat-treated textiles, which represent flesh as well as experiences involving love and heartbreak. An anatomical heart carved from an alabaster stone rests at the figure’s feet. This choice was inspired by the Wilhelm Hauff fairy tale “Heart of Stone.” In this story, the main character, Peter, trades his beating heart for a stone one in exchange for money. He begins to regret his choice when he realizes he can no longer feel emotions, love or empathy, so he goes on a quest to find his heart. The figure in Twoness appears soft and angelic, sweet and modest, but her surface does not match her insides, which are messy, tangled, and darkly colored. Is she trying to conceal her true self? Twoness is a doubled consciousness or perspective, or the state of being two things at once. Jung taught that the number two refers to opposites and consciousness is born out of the experience of opposites. This figure is learning how to negotiate the dual aspects of her personality. 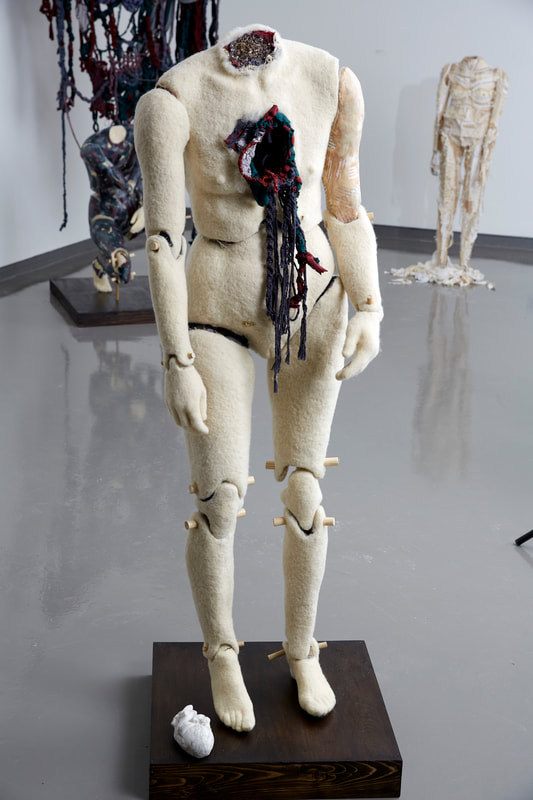 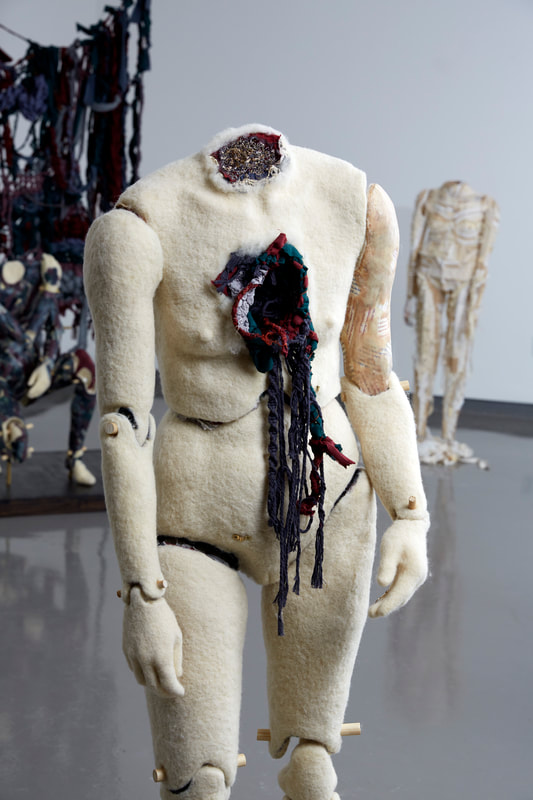 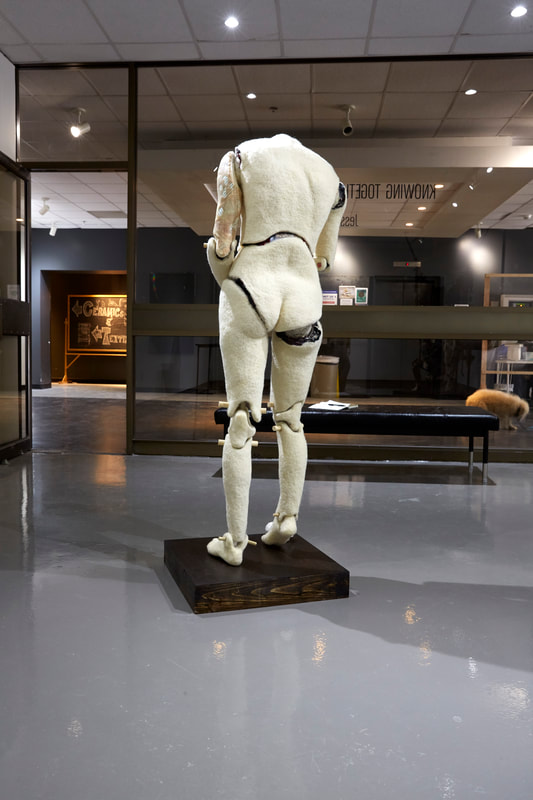 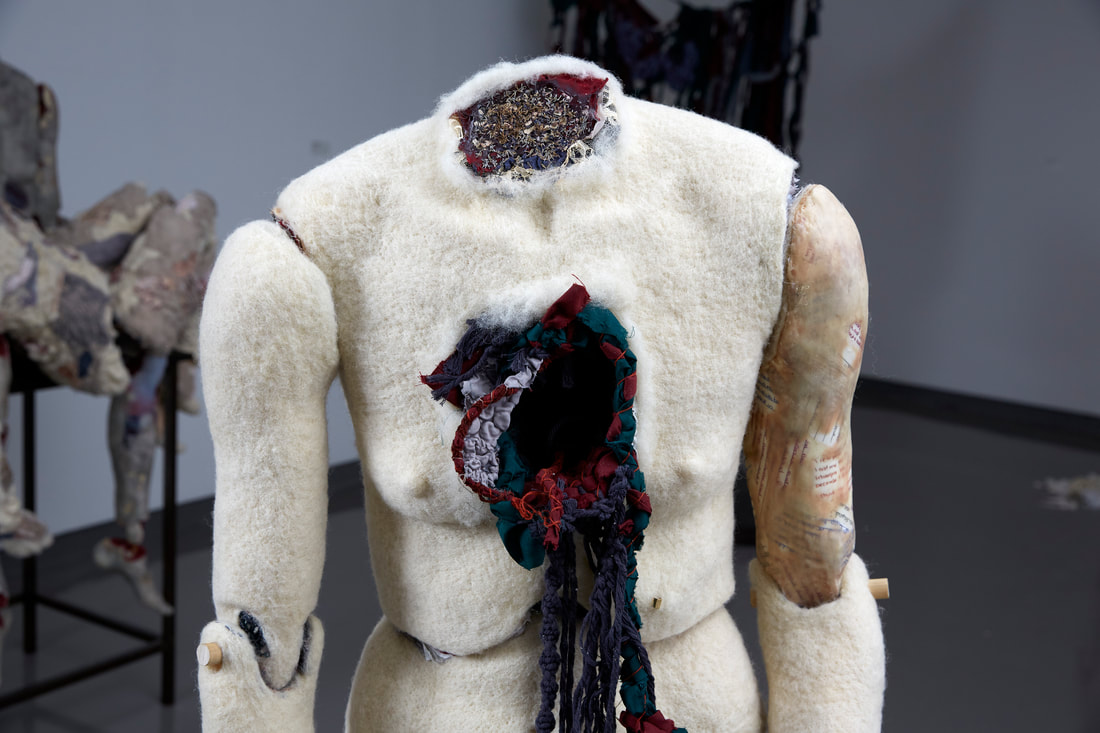