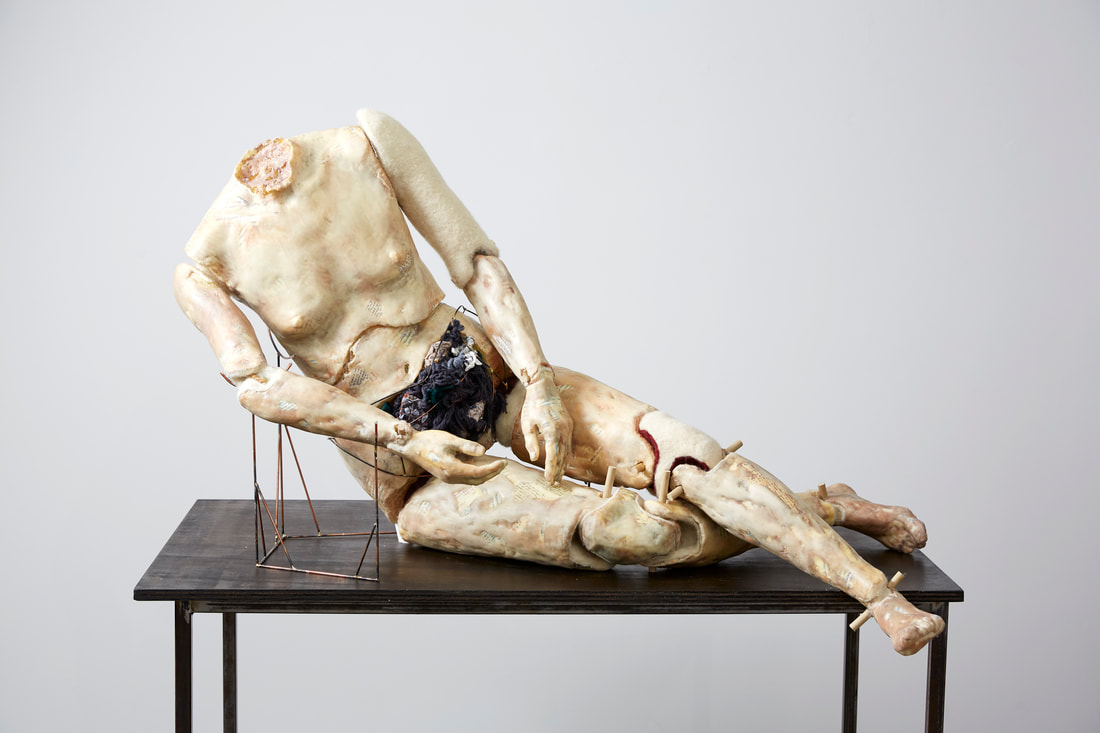 Withness, highlights the second (sacral) chakra, which relates to the characteristics such as sexuality and lust. These qualities are also frequently ascribed to the feminine archetypes of mother and martyr. They also relate to “Madonna/whore” female stereotypes common in Western culture. The headless figure in this piece is made from a foam life cast of my own body. She reclines like the female nude depicted in Titian’s Venus of Urbino, a work which typifies the way Renaissance artists represented sexuality. I highlight the figure’s womb/sacral chakra area by protecting crispy heat-treated textiles behind a copper “cage,” which is braze welded and resembles armor. Copper represents both transmission and energy, but it also relates to the island of Cyprus, the birthplace of Aphrodite according to Greek mythology. The hardened textiles represent personal memories and experiences. Throughout the collection I covered the figure’s surface with image-transferred clippings taken from journaled letter entries about my past romantic relationships going back to age thirteen. A thin layer of wax protects the text and serves as a reminder of seduction and romance. Withness circles back to themes in my earlier work, like the bed as a site for processing trauma, the push-pull dynamic in my relationships with men, and the womb as a holding place for energy and past events 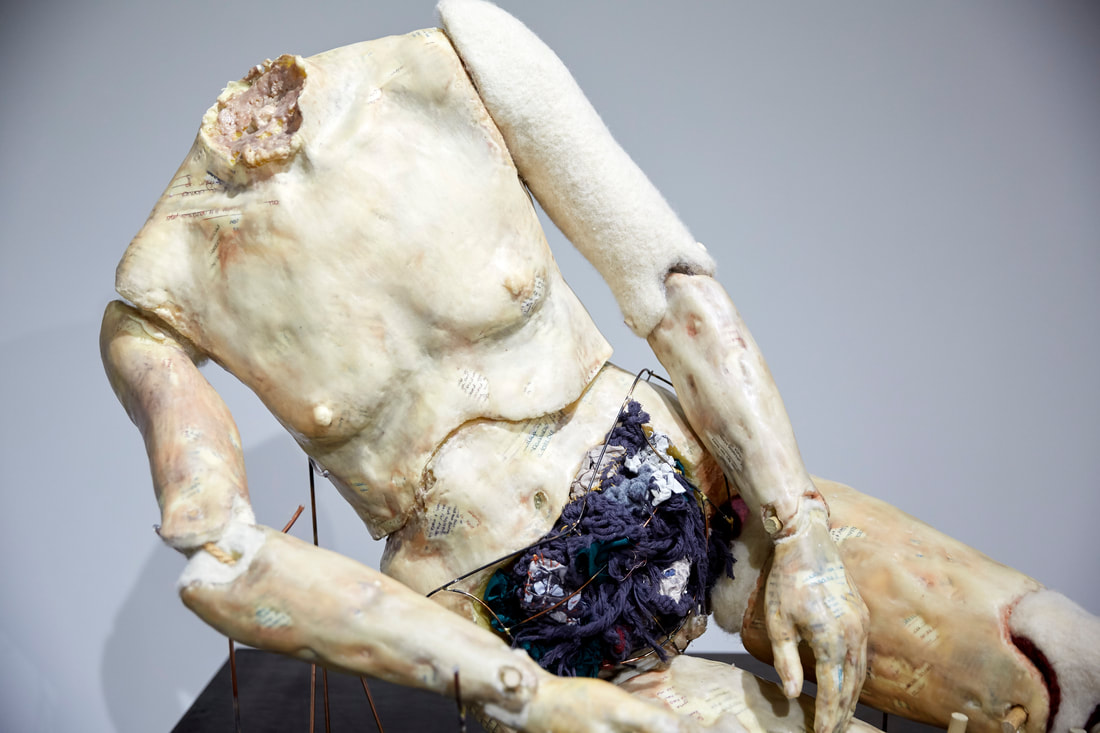 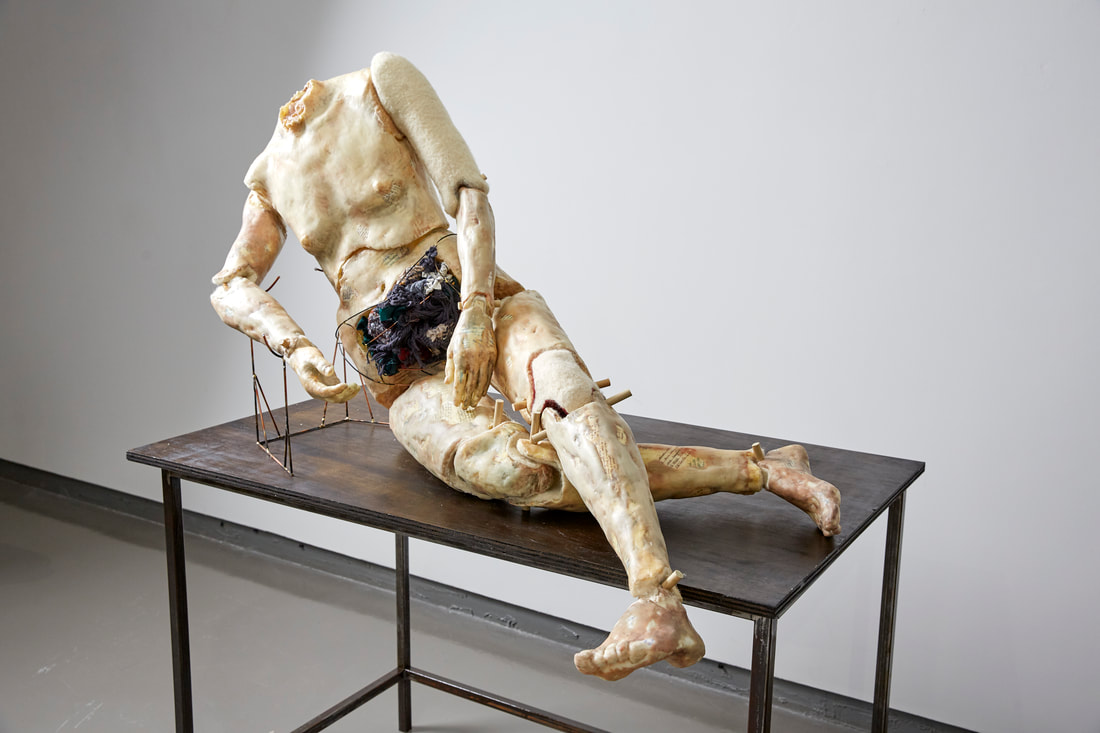 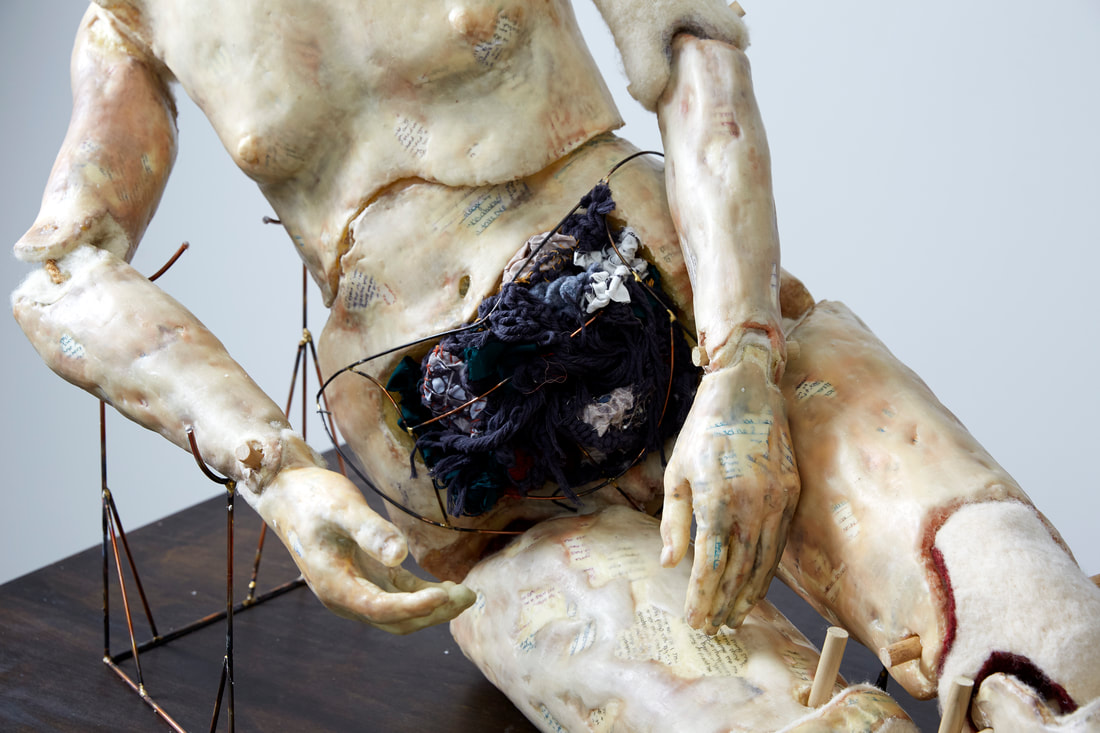 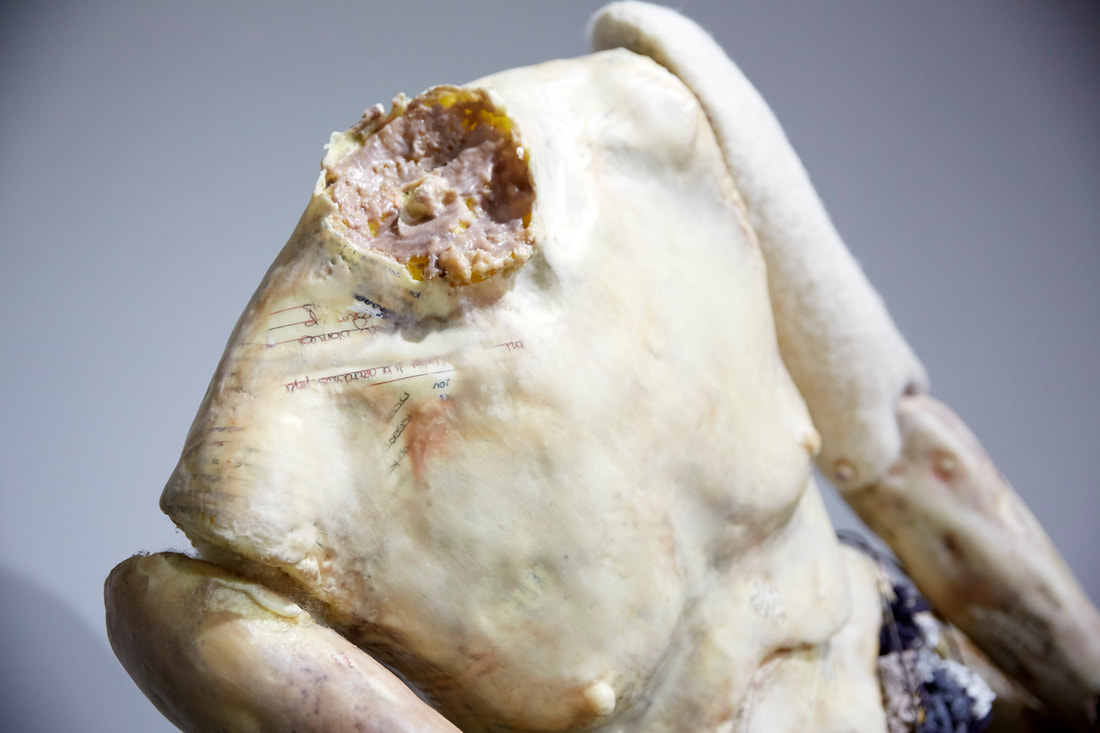 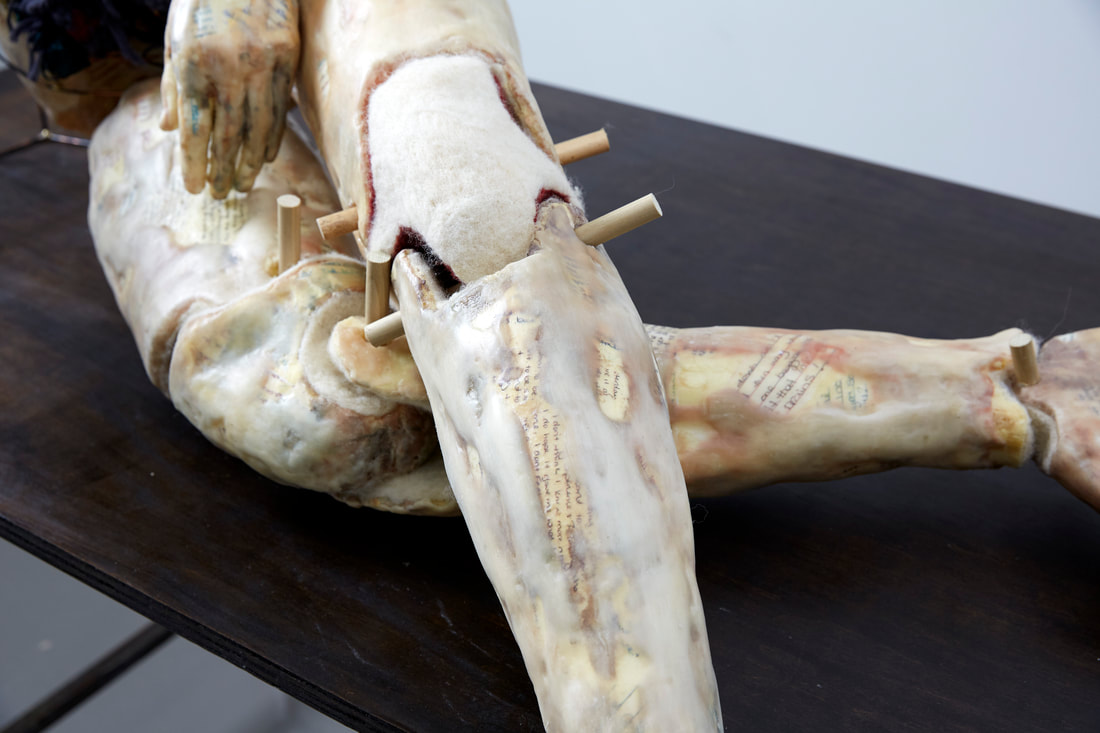